Writedown : Lockdown in the Galloway Glens in the Time of Covid

When the Glenkens Writers’ Group, led by Margaret Elphinstone, based at the CatStrand, New Galloway, stopped meeting because of the Covid-19 pandemic, she launched an online writing group with 22 members living in Galloway or with connections with the area. Over the first 12 weeks of lockdown they recorded their feelings and views in lyrical poetry, desperate rants, droll humour and quiet endurance.

Writedown is the result of their work, tracking changing moods and attitudes as events unfolded and the writers expressed their fears, shared unexpected joys, spoke candidly of loneliness, dared to hope for a better future and despaired at the folly they witnessed. This is a moving record of thoughts, fears and hopes in one rural community living in exceptional times.

To order your copy email the Catstrand giving your phone number and address. You will be phoned and asked to make payment by credit/debit card. Writedown costs £7 plus £2 UK P&P.


Gleanings from the Glenkens

Gleanings from the Glenkens* is a compilation by members which celebrated the fourth anniversary of the CatStrand Writers, led by Margaret Elphinstone. This has been a group project but each individual voice is unique, whether writing poetry, prose or memoir. The experiences of 12 lives have gone into this book; a rich resource in terms of memories, ideas, humour, talent and philosophy.

*'The Glenkens' is the name given to the northern part of the ancient Stewartry of Kirkcudbright in Galloway in southwest Scotland.

Article in Kosmos - The Lie of the Land

In an interview with Marie Goodwin which accompanies the article. Margaret says:
"No one wants to destroy the things they love, but it’s hard for us to stop being violent because we’ve grown up amidst carnage. All my life it’s been normal to see trees, hedgerows, marshlands, peatlands, shorelines bulldozed into oblivion, one habitat after another rendered uninhabitable to millions of living beings. It’s happening now, in this glen where I live, and its surrounding hills, while I sit here writing. I’m trying to write about life, and even as the words hit the page, they form an elegy. I don’t want elegy, I want celebration." 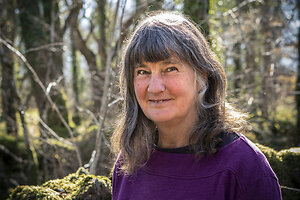 Margaret Elphinstone lives once more in Galloway where she was working as a gardener when her first novel was published in 1987. She is the author of eight novels as well as poetry and short stories.

She is a graduate of Durham University and an Emeritus Professor of Strathclyde University where she was a member of the English Studies Department from 1990-2008. Apart from spells of academic work in the USA, she has spent her working life in Scotland including Shetland, Edinburgh, Glasgow and Moray.

She has been appointed an Honorary Fellow of the Association of Scottish Literary Studies. In his oration conferring the honorary fellowship on Margaret Elphinstone, the ASLS President, Professor Ian Brown, said:
"Margaret Elphinstone’s career has been varied, including eight years living in Shetland and time as a gardener in Galloway. So, she has worked the length of Scotland and her writing has a parallel range. This is not just geographic. She herself has said, ‘My fiction is mostly historical and I usually write about people living “on the edge”’. She writes of the Stone Age, of Vikings, of mythical lands, returning often to the theme of journeying. Behind her work is impeccable research; her love of nature shines through; her prose embodies the beauty of words. She gives back to the writing community, too.

"A member of the Strathclyde University English Studies Department from 1990 to 2008, she became in 2003 Professor of Writing, and remains Professor Emerita. She has regularly offered classes in centres of creativity like Moniack Mhor, encouraging and critically supporting the next writing generation.

"Distinguished critics respect her – Professor Ian Campbell writes in The Edinburgh History of Scottish Literature: ‘Her work – assured, attractive, innovative – has the attraction of rarely offering the same pleasures twice, though certain themes recur. These include interest in the historic and mythical past, the Norse and Scandinavian invasions and influences on Scotland, a perceptible interest in the fantastic, a strong feeling for nature.’

"And the general public also admires her work: The Sea Road appeared in The List magazine’s ‘100 Best Scottish Books of All Time’. One may have sensible reservations about such lists, but they convey the public’s respect for the authors chosen. Margaret Elphinstone’s work is undoubtedly worthy of the highest respect."

In 'The Edinburgh History of Scottish Literature'. [Edinburgh University Press 2006.] Ian Campbell, in his chapter: Disorientation of Place, Time and ‘Scottishness’: Conan Doyle, Linklater, Gunn, Mackay Brown and Elphinstone says of Margaret Elphinstone:
"Her work – assured, attractive, innovative – has the attraction of rarely offering the same pleasures twice, though certain themes recur. These include interest in the historic and mythical past, the Norse and Scandinavian invasions and influences on Scotland, a perceptible interest in the fantastic, a strong feeling for nature......

"Elphinstone’s characters often travel over huge distances: her world is one of expanding vision, an attempt to connect to a half-understood natural world, to understand the perplexities of human characters in affection as well as danger and stress. She has mastered the short story (An Apple From a Tree, 1991) and full-scale fantasy (Hy Brasil 2002). Voyageurs (2003) is a confident and convincing excursion into those who explored and settled eastern Canada, the settlers who fought climate, indigenous people and misunderstanding at home to carve out lives in a really new world. "

Illustration at top of page: 'Author's neighbours'
Back to top
Back to Home Page
click
©2022 Margaret Elphinstone is powered by PHDi Websites
Cookies are set by this site. To decline them or find out more visit our cookie page
Click here to email

Of islands, Vikings and writing in lockdown

Beth Whitelaw has interviewed Margaret Elphinstone's about her writing, particularly in the time of Covid, and her fascination with life on islands and the Viking period. Read more at Ringwood Publishing.

Margaret Elphinstone's First Sighting has been published on Dovetails.

Dark Mountain has re-issued Margaret Elphinstone's article The Miniscus Moment. Its reflections on coping with the tipping point of collapsing civilisations are even more relevant in 2021 than on first publication in 2013.

When Margaret Elphinstone's writing group could no longer meet she created an on-line collection of writers. All either lived in Galloway or had connections with the area. Writedown is the result of their work. In prose and poetry they expressed their fears, shared unexpected joys, spoke candidly of loneliness and dared to hope for a better future. Read more about Writedown. 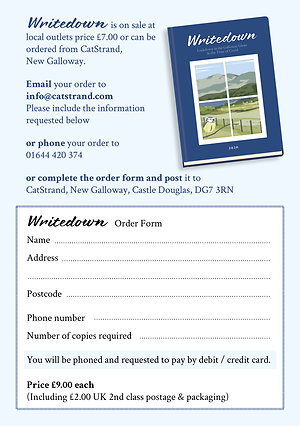 A book for the armchair traveller

Margaret Elphinstone's The Gathering Night is featured in a Waterstone's "Armchair Travel" podcast which invites writers to recommend books "which take the reader on a journey". Scottish poet Kathleen Jamie has selected Margaret Elphinstone's ambitious novel which is set some 10,000 years ago in Mesolithic Scotland, describing it as not only a journey through Scotland but also a journey back in time. You can hear from from Kathleen in her podcast.

Margaret Elphinstone has contributed the chapter ‘Voices From the Silence’ to A Necessary Fiction, a textbook on "researching the archaeological past through imagined narratives" edited by Robert Witcher & Daniel Van Helden and published by , Routledge, London.

Rewilding Who We Are

"Ideology feels like reality when you live inside it. It' s 'normal' for those of us who live in the Global North to operate inside a culture which is on a suicidal collision course with the needs of the planet." Margaret Elphinstone's essay, Rewilding Who We Are has been published in Refuge: Ten Years on the Mountain by Dark Mountain.

The Lie of the Land article in Kosmos

"All my life it’s been normal to see trees, hedgerows, marshlands, peatlands, shorelines bulldozed into oblivion, one habitat after another rendered uninhabitable to millions of living beings. It’s happening now, in this glen where I live, and its surrounding hills, while I sit here writing. I’m trying to write about life, and even as the words hit the page, they form an elegy. I don’t want elegy, I want celebration." Find out more about Margaret's article, The Lie of the Land, in the latest edition of Kosmos.

The Tree that Danced

Read Margaret Elphinstone's The Tree that Danced , a celebration and lament for trees she has known, in Bella Caledonia.

Speaking to the Animals about the Hunt

Margaret Elphinstone's TED talk is now available on line.
In her talk, Margaret looks at how our technological inventiveness has outstripped our social and psychological development. We cannot handle the world we have created. Her talk seeks lessons from our distant ancestors who knew they must listen to the Earth and the Animals. We must rediscover and apply their skills if we are to survive. She argues that the arts have a crucial role in creating contemporary narratives addressing our predicament and offering alternative visions. 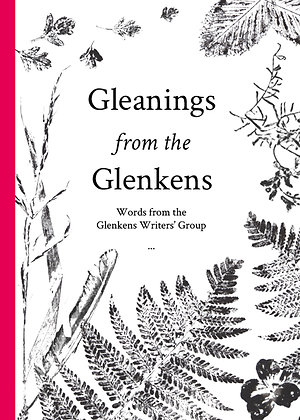 ©2022 Margaret Elphinstone is powered by PHDi Websites
Cookies are set by this site. To decline them or find out more visit our cookie page